"Food to me, is always about cooking and eating with those you love and care for"
- David Chang

I wonder if Ann Hui knew what she was getting herself in for when she and her partner Anthony made the decision to drive across the country on a mission to discover and write about Chinese restaurants and their owners between Victoria and Fogo Island.
Ann's story starts out in Victoria in the Spring of 2016, where she encounters a bit of a dilemma. She arrives to the rental office with Anthony to find a tiny white Fiat 500 waiting in place of the Nissan Versa that they had booked. It seems they were to travel approximately five thousand kilometres across the country in a toy car. 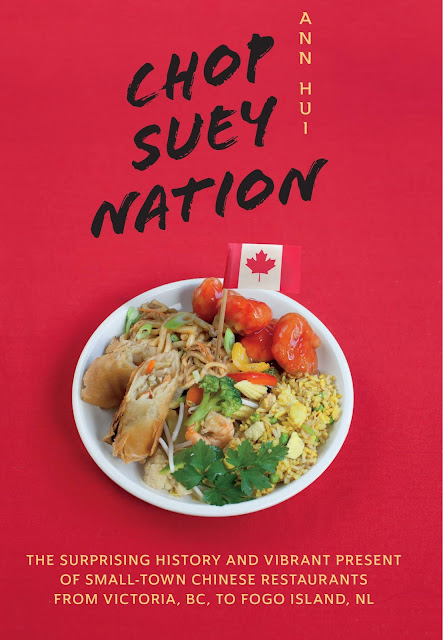 Before settling in for an eighteen-day excursion, Ann regales us with tales of her childhood and what it was like to grow up in a Chinese household, in Burnaby. She mentions coming home at lunch to her mother cracking eggs for fried noodles or fried rice, which she would have instead of normal food like the other kids at school.
It's funny what we consider normal food when we're kids. I can only imagine what that must have looked like back then; pre-packed grocery store snacks like Kellogg's Rice Krispies Squares, Chips Ahoy, and Lays Potato Chips, etc. 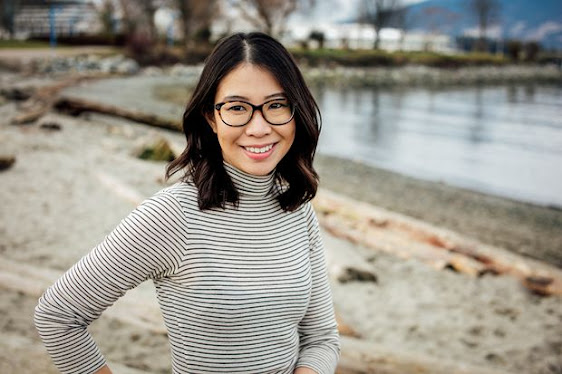 This got me thinking about my own school lunches in Belfast. Growing up in Northern Ireland, we didn't really have any kind of cultural diet that translated around the globe, unless you count Guinness and other forms of alcohol. The only thing the Irish are known for are their drinking.
Chinese food was something enjoyed post-alcohol, actually. Either as a tasty way to sober up or as a treat the day after a night of heavy drinking. And the only Chinese food we had access to was a bright orange, yellow, or pink, and often had names preceded by crispy, honey, or salty.
Our Chinese restaurants usually had a dessert option available too, in the form of a deep-fried Mars Bar. We'd joke around as kids and say that you could only have one in your lifetime, because if you had more than one then you'd definitely have a heart attack and die.

The first person on Ann's journey that makes an impression on me is Ms Lin. Ann meets Ms Lin in Vulcan, a town in the Canadian Prairies of southern Alberta. This is a meeting of fate, where their paths just so happened to cross unexpectedly. Ann had researched and planned to go to another Chinese restaurant in Vulcan that day, and when she showed up it was closed.
With a population of just 1,917, in Vulcan, the chances of finding another Chinese restaurant were slim to none. However, fate intervened, and she found herself at Amy's restaurant.
The restaurant is owned and managed by Ms Lin, a former factory worker from Guangdong, who immigrated to Canada with her husband and daughter five years before. They arrived to Winnipeg on Christmas Day, and later took over the lease on the restaurant in Vulcan.
Although the schedule was gruelling and the work hard, she enjoyed the quiet and hoped to buy a house in the next ten years.
Ann later speaks with Mr Li, a chef at Diana in Drumheller, Alberta. He tried to win the patrons of the restaurant over with real Chinese food, but unfortunately couldn't, Mr Li says "Chinese food, it's very hard to make. If they don't like it, I don't want to waste too much time on it". So now he just deep-fries and slathers the dishes in thick sauces, giving the people what they want.
On their eighth day on the road, Ann and Anthony wake up in Thunder Bay, Ontario. They find themselves at Ling Lee's Chinese Restaurant. It's a half skating rink, half Chinese restaurant.
Ann gets chatting to the owner's daughter, Ms Karschti. She blames the restaurant for a lot, saying. It was the reason they were stuck living in this place, one of the few Chinese families in town. And the latter was the reason why she was bullied at school and called a "chink".
After 18 days on the road, 9,625 kilometres, and a heck of a lot of Chinese food, Ann and Anthony had completed their journey and flew back to Toronto via St John's International Airport.
This book got me thinking a lot about culture, and how much access I have to culture living in Canada. Before moving to Vancouver, I lived in Toronto, which is often referred to as being the most multicultural city in the world. The city boasts 200 ethnic groups, with over 140 languages spoken.
Vancouver itself is filled with culture. I think about Chinatown in particular and how it's just a short 15-minute commute from my Fairview apartment. I tell myself I've lived here for 5 years and still haven't explored enough.
I've been in Chinatowns all over the world including Victoria, NYC, Los Angeles, San Francisco, and others. Yet, I've never truly explored them.
I've found them gentrified by hipster culture, overrun with independent coffee shops, skate brands, and yoga studios. I look up at the floor to ceiling windows and wonder if the residents in those lofty apartments know the history of the streets below them any more than I do.

Chop Suey Nation is available at Indigo and on Kobo. Check GoodReads for other retailers.