“The nuns were meditating. A fine rain began to fall, dampening the ground. Then, suddenly, a downpour, rain funneling down on us, falling in torrents. We took shelter under the overhanging roof. A raspy sound of chanting filtered through the walls. Echoing across the courtyard.”

It’s winter in Sokcho, a major tourist hub on the border between South and North Korea. Known for its beach, natural hot springs, golf courses, and fine fishery products, Sokcho is the popular gateway to the nearby Seoaksan national park.
The cold slows everything down here. Bodies are red and raw, the fish turn venomous, and beyond the beach, popular for its swimming, walking, and shell collecting, tourists are reminded that they’re not too far from North Korea as guns point out from the watchtower in the distance. 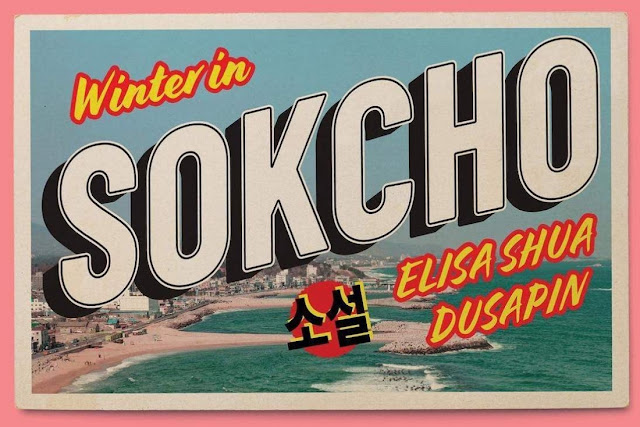 One evening in the coastal city, a bizarre French cartoonist, Yan Kerrand, arrives and checks into one of the tired guesthouses where he’s greeted by a young French Korean woman who works as a receptionist. She’s confused at first, because it’s the dead of winter, and there isn’t much to do this time of year in Sokcho. “I need peace and quiet,” he says, when she asks him.
Soon she finds out that he’s here looking for inspiration, searching for the next hero in his comic book series. He’s never been to Korea before.
She agrees to accompany Yan to the observation point at the North Korean border on her day off and soon enough she’s travelling around Korea with him, visiting snowy mountain tops and dramatic waterfalls.
What starts out as an excursion for Yan shortly turns into an exciting adventure for the two of them.
What I thought
I loved the simplicity of this book. Convenience Store Woman is one of my favourite books of all time. It holds a special place in my heart, and on my bookshelf, and just a few pages into this book, I was getting those same simple, warm, and easy going feelings that Sayaka Murata gave me in her debut novel. I felt I didn’t have to strain too hard for the story, it came instantaneously to me.
I love a book that describes its characters well, and this is something that Winter in Sokcho did. I like to be able to put a face to the character, even if it is just one that I dream up in my head, it makes the story that much more fascinating for me.
Elisa includes so many lovely references to the vivid colours, ice-cold temperatures, stunning sights, aromas of seafood, flavours of tteokguk (not too spicy), and the tactility of uncertain hands brushing nervously against one another. My senses were truly awakened with this little novel.
Dusapin also does a fantastic job of explaining things to someone who has never set foot in Korea, never mind Sokcho. It’s a wonderful book for a reader who wishes to travel to pastures unknown, and for someone who desires an escape to an enchanting place, which I imagine we all do right now. Winter in Sokcho was the COVID-19 escape I needed. Now, if I could just board a flight and make my way there, it would be a perfect world.

I thoroughly enjoyed this little book. It’s a fantastic, and joyous read that left me grinning from ear to ear.
About the Author 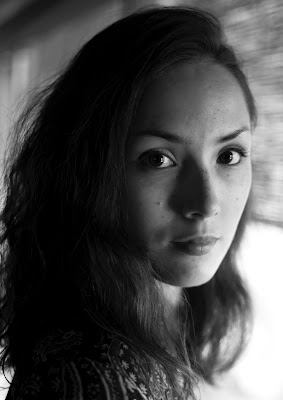 Elisa Shua Dusapin was born in France in 1992 and raised in Paris, Seoul, and Switzerland. Winter in Sokcho is her first novel. Published in 2016 to wide acclaim, it was awarded the Prix Robert Walser and the Prix Régine Desforges and has been translated into six languages.
About the Translator
Aneesa Abbas Higgins has translated books by Elisa Shua Dusapin, Vénus Khoury-Ghata, Tahar Ben Jelloun, Ali Zamir, and Nina Bouraoui. Seven Stones by Vénus Khoury-Ghata was short-listed for the Scott-Moncrieff Translation Prize, and both A Girl Called Eel by Ali Zamir and What Became of the White Savage by François Garde won PEN Translates awards.

Winter in Sokcho is available at Indigo and on Kobo. Check GoodReads for additional retailers.