Skip to main content
Labels
Posted by Sean Loughran May 23, 2021

"And with that, the future I had imagined, the one just about to be realized, the culmination of decades of striving, evaporated"

He's certain it's cancer. As an American neurosurgical resident in his last year of training at Stanford, Paul Kalanithi has the knowledge to know what he's looking at reviewing CT scan images. These show lungs matted with numerous tumours, except this time he isn't looking at images belonging to one of his patients, these results belong to him.

Prior to the scan, Paul had been experiencing back pain and weight loss, which led to an X-ray of the area. The X-ray showed nothing to be concerned about. He'd been working hard lately, earning the respect of his seniors, winning prestigious national awards, receiving job offers from major universities. He even described this time as having "reached the mountaintop" and chalked the symptoms up to hard work and growing older.

However, the weight loss continued, paired with severe chest pain which led to an admission to hospital. This time he found himself on the other side of the curtain, slipping into the same gown he often asked his patients to wear.

Jumping back to his early years, he talks about his mother and father. How they met and moved from southern India to New York City. The son of immigrants, his father a Christian and mother Hindu, their marriage condemned on both sides. Paul's parents strived to provide their children with the best opportunities for their futures.
Paul was accepted into Stanford, where he pursued degrees in both English literature and human biology. He studied his Master's in English lit there, followed by a one-year history of science course at Cambridge. A realization then led him to medical school at Yale. It was there that he met his girlfriend, and future wife, Lucy.
His final two years of medical school are spent at the hospital clinic, where students are to put theory into practice. Paul ends up on the labour and delivery ward, working with a resident named Melissa, who asks him to keep an eye on a patient with preterm labour and twins who have been developing for 22 and a half weeks. Something goes wrong and the twins' only shot at survival is an emergency C-section. It's at this moment that Paul fully realizes his duties as a doctor. 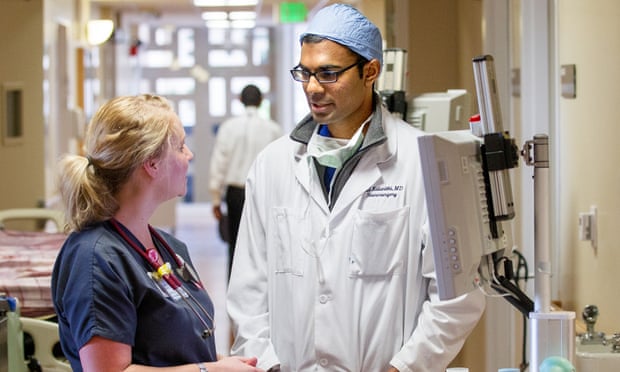 After graduating, Paul returns to Stanford for his residency where he decides to specialize in neurosurgery, because of his interest in the brain's relationship to a person's sense of identity. His schedule is gruelling, growing more so intense due to the fact that he's on call for emergencies.
However, even with the job's hardships, Paul never questioned the value of his work.
As he nears the end of his residency, he once again becomes aware of the weight of responsibility upon him as a doctor. He had bonded with another resident named Jeff, whom he sometimes confided in after a particularly rough go of it, the two of them trying to lighten each other's burdens. One day, Paul received a call from a friend and co-worker to let him know that Jeff had committed suicide. One of his patients had died after experiencing a difficult complication, and Jeff had then jumped from the roof of the building.
In the second part of When Breath Becomes Air, Paul returns to the day he was diagnosed with lung cancer, and he believes that death is now imminent.
Things take a turn, and after some tests, Paul and his wife Lucy learn that he has the treatable EGFR mutation, so they grow more hopeful for his future. Six weeks after starting treatment, on a drug called Tarceva, he has another CT scan which reveals his lungs are almost entirely clear of tumours.
Seven months after that, he returns to work as a surgeon and takes another CT scan, the last one before becoming a father for the first time. It isn't good news, with the scan revealing the growth of a new tumour in his lungs. He ends up hospitalized, then has two days at home before his daughter, Cady, is born on July 4th.
Now a father, he is happy to have created something that will last beyond his own lifetime. He experiences every first with his newborn daughter. The first smile with her, the first laugh. However, he has less energy, and as she gains more life, he has less.
Paul's final words in When Breath Becomes Air express hope that his daughter will have some memory of him. He leaves one message for her, when she must evaluate her own meaning in the world, she shouldn't discount the fact she's given him the greatest joy of his life.

What I thought
I’ve had this e-book on my Kindle for 3 years, the physical copy for one year, and finally the audiobook for one week. I’ve been avoiding it, but I’ve felt a pull to it, feeling it as an essential read. It truly was beautiful.
Told with strength and courage, the prose gripping and poignant.
When Breath Becomes Air moved me to get outside and take time to appreciate the things that I have in my life. My family, friends, pets, loved ones. It forced me to think about self compassion, and kindness for others.

“Words have a longevity I do not” - Paul Kalanithi

When Breath Becomes Air is available at Indigo and on Kobo. Check Penguin Random House Canada for other retailers.