Skip to main content
Labels
Posted by Sean Loughran May 14, 2021

I came across this book several months ago, Warhol's face staring incredulously at me from the shelves. We were face to face, the book filed under G, for author Gopnik. I picked it up and my first though was, this is too much to get through right now. Maybe later.

But again, and again, I would return to the biography section, and I'd see him, that look upon his face, that judgmental body language with his legs crossed, chin resting upon his hand.

Eventually, I decided it was time. I bit the bullet, got the e-book and audiobook. Listened to 20 hours of content (audiobook at twice the speed for efficiency) and the e-book for quotes and references. 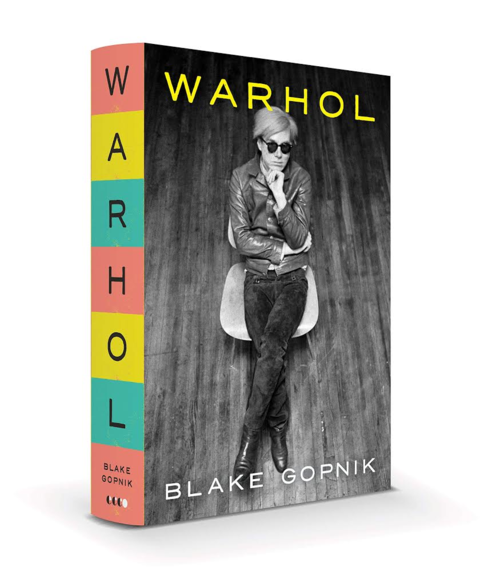 I've never considered myself a big fan of Warhol to be honest, however I've always found him compelling and completely intriguing.

Pay a visit to our apartment though, and it looks like we're Warhol collectors with my partner Charlie and I displaying several Warhol books, puzzles, limited edition Campbell's soup cans, and framed prints.

We also planned a trip to San Francisco to the MoMA to see the A to B and Back Again exhibit a couple of years ago and spent the entire day inhaling Andy's work. I'm not obsessed in any way, but I am fascinated, mesmerized, curious. I often wonder what inspired him, how exactly he lived his life, what made him tick.

Gopnik's biography of Warhol is 976 pages, and has been marketed as the definitive guide to Andy. Blake interviewed more than 260 people and consulted more than 100,000 documents to put together this comprehensive biography, which covers Warhol's birth in 1928 through to his death in 1987.

I enjoyed hearing about Andy's younger years, his time at school, the joy he got from going to see movies, and simple things like what he ate for breakfast. These are the things we don't get to know when we see Warhol on the cover of a magazine or read about him in Vogue or Glamour magazine.

It was in his early years that he was diagnosed with Rheumatic Fever, which would haunt him for years to come. It's fascinating to read about in the book, how much this affected him physically and psychologically as his artwork and career progressed.

I like to think of him moving to his first New York apartment at 121 St Mark's Place, perched on the top floor. This was 1949 so St Mark's Place wasn't yet what it is today. Andy was probably paying around $200 a month but today, that apartment would likely be around $3,200.

It's obvious from the book that Andy had a circle of friends that looked out for him, wanted to take care of him. He was well liked, thought of as caring, nice, generous, and sweeter than sweet.

My favourite chapter covered Warhol's life from 1954-55, and goes into detail on the many times he spent at Serendipity café, now one of New York's most popular hotspots. But when Andy went, it was just for a cappuccino and to offer the owners the finest ideas for retailing (according to Gopnik). Within a few years, he was running up a yearly tab in the thousands.

The café has since been featured in the movie Serendipity, One Fine Day, and in the TV Series, Gossip Girl.

I adored reading about the founding of The Factory in 1964 and Interview magazine in 1969, another two of Warhol's major life achievements.

I can just imagine the opening party at The Silver Factory, as described by Gopnik, with Drue and Jack Heinz, of the Heinz family in attendance, with was interesting to learn about. Drue was very close with Andy, with her later funding one of his major shows at the MoMA in 1989.

April 26th, 1977, I'm envisioning Warhol sitting at a table looking fabulous, surrounded by his closest friends in the industry. He's at the Studio 54 launch party. Although it hasn't been confirmed that he was there, I imagine in my mind that he must have been. If not, he at least spent a lot of time there over the following few years, until the closure.

In 1982-83, Keith Haring and Jean Michel Basquiat came onto the scene. Warhol befriended these new artists, and Haring found himself influenced by Andy. Both Haring and Basquiat were deeply affected by the death of Andy in 1987.

To conclude, WARHOL by Blake Gopnik offers wonderful insight into every year of Andy's life. It's incredibly well researched, so much in-fact that I felt at times I was able to climb inside Warhol's head and experience his very thoughts.

For more information, I recommend diving head first into the book and really taking the time to appreciate the work Gopnik put into it. There's a ton of information that I didn't include since I didn't want to give away too much. I compiled about 50 pages of notes for this review. There's a lot more to Andy Warhol than I ever could have thought. Blake also updates this website with any new findings.

WARHOL is available at Indigo both in hard or softcover or on Kobo. For other booksellers, check out GoodReads.