Skip to main content
Labels
Posted by Sean Loughran May 22, 2021

The Stonewall Reader Review and Summary

"Nobody thought of it as history, herstory, my story, your-story, or our-story. We were being denied a place to dance together. That's all." - Thomas Lanigan-Schmidt

When referring to LGBTQ rights, journalist Mark Segal states "sometimes it seems that the younger generation doesn't really care about it. The Gay Liberation Front had mostly been ignored in the history books, even though it helped forge the foundation upon which our community is built."

Mark Segal is correct. As a young, gay man, I do feel as though I haven't really cared, and that's led me to be ignorant to where my rights have come from, oblivious to the fact that each and every right I have as a gay man has been fought long and hard for. So oblivious, in fact, that I have had drinks, and danced, and been outwardly and openly gay, at the very location, The Stonewall Inn, without even being aware of its history.

But there comes a time when we feel a desire to learn about our history, and with movements like Black Lives Matter, MeToo, and #MarchForOurLives taking over social media and spreading like wildfire on the internet, I felt there was no better time to learn about mine.

I wound up for the LGBTQ2+ section at my local Indigo and picked up a copy of The Stonewall Reader, having heard that learning about the uprising was a good place to start. 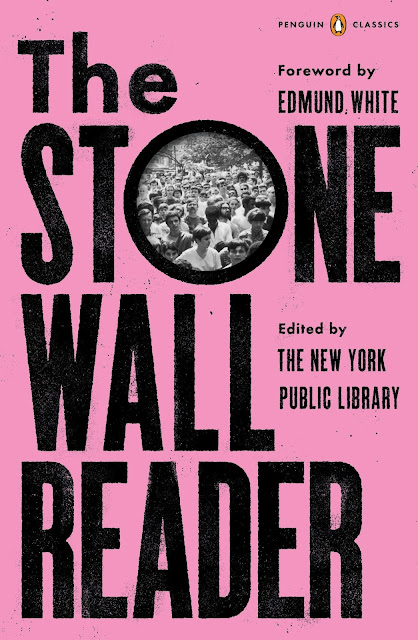 I had initially planned to just read and review The Stonewall Reader but once I got started, I realized truly how much information the book actually contained. It not only talks about the Stonewall Uprising, but also what happened before and after.

The book includes first-hand accounts, interviews with activists, journalists, and members of the public who were present during those days, as well as stunning memoir excerpts from those who have gone on to write books. With so much information, I decided to turn this into more of a summary and review.

The beginning of the book gives the reader an idea of the state of life for queer folks at the time, starting out with writer Audre Lorde saying "there was always somebody calling you on the telephone to interrupt the fantasies of suicide. That is as good a working definition of friend as most."

It's devastating to think that things could be this bad, but Lorde holds onto an element of hope, and through her words I can sense that there was a strong community, holding hands behind closed doors.

The Stonewall Reader includes an powerful letter from a former astronomer, Frank Kameny, to President John F. Kennedy. In it, he asks for "constructive action on a situation involving at least 15,000,000 Americans", stating that "they are no longer willing to accept their present status as second class citizens and second class human beings; they are neither."

"We are badly in need of a breath of fresh air here, Mr Kennedy," he continues, "in my own case, extensive training - a Harvard Ph.D. in Astronomy - is going completely to waste, entirely as a result of the government's practices and policies on this question. While the nation cries out for technically trained people, I, two years ago, as a result of the government's acts and policies, was barely surviving on twenty cents' worth of food per day. Is that reasonable?"

Kameny's letter concludes by asking President Kennedy to "give them the support they deserve as citizens seeking the pursuit of happiness guaranteed them by the Declaration of Independence."

Reading this letter, I felt a privilege that I have never before felt as a gay male. Without people like Kameny campaigning on my behalf, I would not be able to live the life I live today.

Post gender-affirming surgery, Mario Martino consulted a lawyer for a name change, the response was not was he had hoped. Upon hearing his reasons for needing a gender change on his legal papers, the attorney exploded, "Why did you have your tits whacked off? You must be sick - or somethin'. Why don't you just go on livin' with the broad? Resign yourself to being a lesbian!"

This interaction led Mario to start the Labyrinth Foundation Counselling Service in 1968, the first for trans men in New York.

The reader reaches the action of Stonewall around the middle of the book. Dick Leitsch's "The Hairpin Drop Heard Around the World" summarizes the uprising with great detail. It starts by describing the crowds outside of the Stonewall Inn as orderly, with people limiting themselves to singing and shouting slogans such as "Gay Power" and "We Want Freedom Now."

More and more people filled the streets and "Christopher Street, from Greenwich to Seventh Avenues, had become an almost solid mass of people," he said.

More than 150 officers from the Tactical Police Force arrived, and some cops started to get nasty. "Suddenly, two cops darted into the crowd and dragged out a boy who had done absolutely nothing wrong. As they carried him to a waiting van brought to take off prisoners, four more cops joined them and began pounding the boy in the face, belly, and groin with night sticks."

Leitsch's account ends with an MSNY (Mattachine Society NY) member who is being held in detention, overhearing a cop saying, "I like nigger riots better because there's more action, but you can't beat up a fairy. They ain't like blacks; they're sick. But you can't hit a sick man."

Reading the closing of Dick's account left me seething with anger. I read it again and again, feeling the bile rise in my throat.

"There was a spirit of rebellion in the air," says Mark Segal, who was there. Judy Garland happened to be being buried the same day, and Segal said "Garland meant a little something to us, as she did for many groups - Somewhere Over the Rainbow - but that was it. And honestly, that song was wishful thinking, an anthem for the older generation. In that bar, we were going to smash that rainbow, we didn't have to go over or travel anywhere to get what we wanted."

"The Stonewall was frequented by a lot of unique people going through major gender changes. We flocked there because we were fawned over. We were treated like women, and as far as we knew, we were women," says Holly Woodlawn, who found herself at the uprising that night.

What I liked about the book at this point was that the reader hears about the Stonewall uprising from many people, so we get to see it from varied viewpoints. It's not just one person's account, it's a shared past, a shared fight.

The last part of the book focuses on what happened after Stonewall.

Within six months, the Gay Activists Alliance (GAA) was formed. Its sole focus was to be on gay issues, with their constitution stating "We as liberated homosexual activists demand the freedom for expression of our dignity and value as human beings." 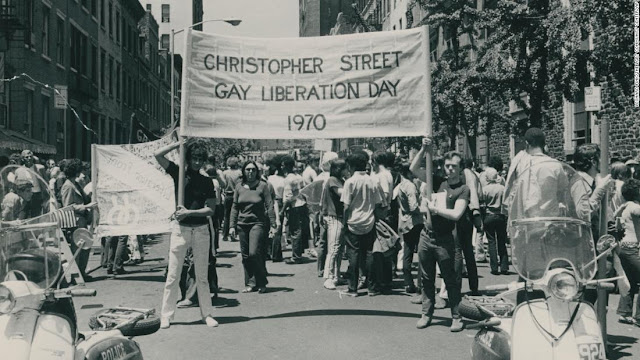 I wanted to bring attention to a paragraph from an article writer and activist Martha Shelley wrote in GFL (Gay Liberation Front) magazine after Stonewall:

“Understand this — that the worst part of being a homosexual is having to keep it secret. Not the occasional murders by police or teenage queer-beaters, not the loss of jobs or expulsion from schools or dishonourable discharges — but the daily knowledge that what you are is so awful that it cannot be revealed. The violence against us is so sporadic. Most of us are not affected. But the internal violence of being made to carry — or choosing to carry — the load of your straight society’s unconscious guilt — this is what tears us apart, what makes us want to stand up in offices, in the factories and schools and shout out our true identities.”

The full article, titled “Gay is Good” can be found in The Stonewall Reader, but I chose that paragraph because it resonated so much with me. I found it to be one of the most powerful pieces of writing within the entire book, and it hit so close to home that it brought tears, but along with those tears, came the desire to stand up and shout my true identity, because I’ve been made to feel the shame and burden of straight society for too long. 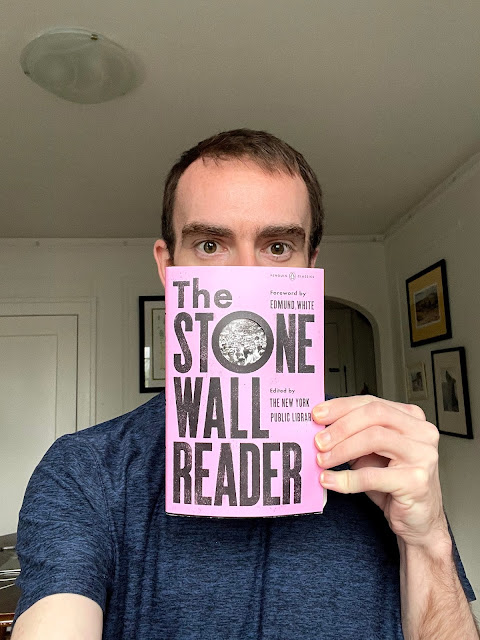 The Stonewall Reader is split into three parts; the before, during, and after the uprising. It's bursting at the seams with incredibly powerful writing from some of the world's leading activists within the LGBTQ+ community.

I spent a lot of time with this one. I read the physical book, listened to the audiobook, and watched a documentary called Before Stonewall, directed by Greta Schiller and Robert Rosenberg. I enjoyed listening to the original interviews in the audiobook, specifically the two with Marsha P. Johnson.

This book moved me, perhaps more than any book I've ever read. It made me feel a pride within myself that I can't quite yet fully explain.

The Stonewall Reader answered so many questions that I didn't even know I had, and I drank up every ounce of knowledge that it had to offer me within its pages.

“Up till that moment we had all thought that homosexuality was a medical term. Suddenly we saw that we could be a minority group — with rights, a culture, an agenda. June, 28, 1969, was a big date in gay history” - Edmund White, City Boy

The Stonewall Reader is available at Indigo and on Kobo. Check Penguin Random House Canada for a list of other retailers.