Skip to main content
Labels
Posted by Sean Loughran May 29, 2021

Translation: perseverance is better than defeat.

It's sometime between March and April and there's a sweetly scented breeze blowing along Cherry Blossom Street. The flowers are in full bloom, and what's usually a drab and dreary part of Tokyo is now bustling with locals and tourists snapping photos and chowing down on takoyaki and yakitoki, and dorayaki.
Sentaro, the baker who runs the tiny confectionary shop on Cherry Blossom Street, stares out the window at the springtime bloom, a lavish spectacle, as the flowers collapse to the ground, falling like snow.
He spends his days selling dorayaki, a pancake filled with sweet bean paste. Working the grill as he overthinks his failures, his alcohol dependency, and his fading dream of becoming a writer. 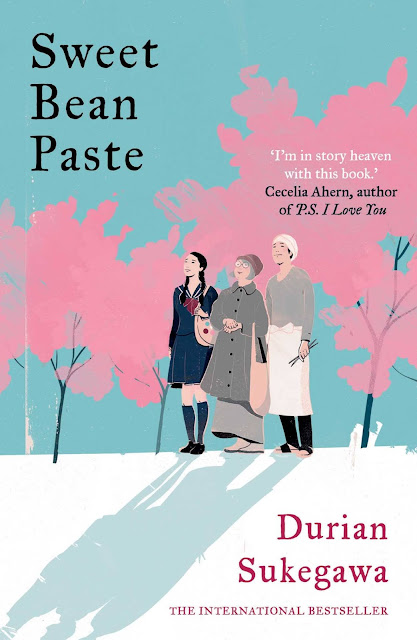 Things change for Sentaro when Tokue, a troubled but sweet elderly lady enters his life. Her troubled past is visible through her disfigured hands and paralyzed face.
Tokue sees a sign in the window for help wanted, and asked if she can apply. Immediately turned off by her appearance, and thoughts of the customers' reactions, Sentaro apologizes and sends her packing.
Tokue comes back again, this time telling Sentaro, “I had one of your dorayaki the other day. The pancake wasn't too bad, I thought but the bean paste, well… I couldn’t tell anything about the feelings of the person who made it…. It was sort of lacking…"

She brings him some of her own homemade sweet bean paste, leaving it at the shop for him to try. He throws it in the trash, but later digs it out again, intending to try just a little, a small mouthful. But one mouthful brought an exclamation of astonishment to his lips. Tokue’s bean paste was like nothing he had ever tasted before. He couldn't believe it.
When Tokue returns, she simply tells him, "bean paste is the soul of dorayaki."
What I thought
I adore books that have been translated from another language into English. I feel like I'm taking in another part of the world through my brain. One of my favourite books is Convenience Store Woman and next I'm going to be reading a Korean novel called Winters in Sokcho.
I adored this book, connected with the characters, and couldn't put it down. Although released in 2013, I still find this book featured at many bookstores I visit. Almost ten years later, it seems it's still a classic.  Sweet Bean Paste is gorgeously sweet.
Author Durian Sukegawa resides in Tokyo, where he has written a number of books, television shows, and movies. He studied oriental philosophy at Waseda University, before going on to work as a reporter in Berlin and Cambodia in the early 90s.

Translator Allison Watts who made it possible for us to read this book, lives in Ibaraki, Japan. She has also translated The Aosawa Murders by Riku Onda, and Spark by Naoki Matayoshi.

Sweet Bean Paste is available at Amazon and on Kobo. Check GoodReads for additional retailers.