Moonwalking with Einstein by Joshua Foer

The Art & Science of Remembering Everything

An instant bestseller that is poised to become a classic, Moonwalking with Einstein recounts Joshua Foer's yearlong quest to improve his memory under the tutelage of top "mental athletes." He draws on cutting-edge research, a surprising cultural history of remembering, and venerable tricks of the mentalist's trade to transform our understanding of human memory. From the United States Memory Championship to deep within the author's own mind, this is an electrifying work of journalism that reminds us that, in every way that matters, we are the sum of our memories. 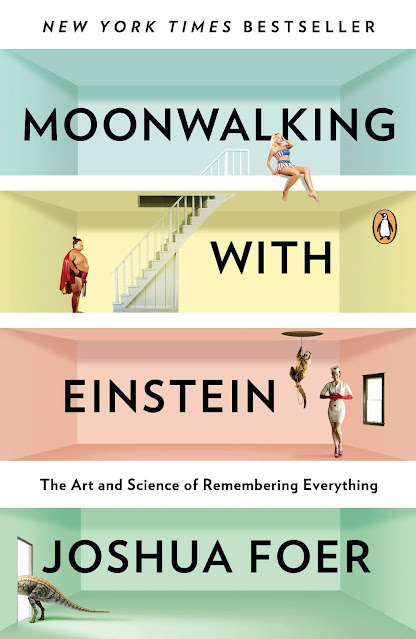 Early on in the book, we meet Ben Pridmore, a man who can memorize the precise order of 1,528 random digits in an hour - and not only that, he can also memorize any poem handed to him.
Joshua says "Every day there seems to be more to remember: more names, more passwords, more appointments. With a memory like Ben Pridmore’s, I imagine life would be qualitatively different — and better."
This got me thinking about how much I have to remember in a day, and how much I rely on software to help me out. With things like names I don’t usually don’t usually have an issue but when it comes to usernames, passwords, appointments, and other reminders, I don’t know where I would be without software like Google Calendar and Todoist — and my iPhone alarm, which buzzes about 25 times throughout the day, driving my boyfriend absolutely crazy.

I was also thinking about books, specifically book reviews. I like to make a lot of notes when I’m reviewing a book, typically going through an entire block of post-it notes in the process. At the moment, as I write this review, I’m sitting at a café with my Kobo in one hand, my iPhone in the other with a Google doc open, the audiobook playing through my AirPods, and a strong Americano facing me.
I don’t do this for every review of course. But I really wanted to remember this book. Which is pretty ironic. Don’t you think?
Joshua refers to the brain at one point as "the three-pound mass balanced atop our spines is made up of somewhere in the neighbourhood of 100 billion neurons, each of which can make upwards of five to ten thousand synaptic connections with other neurons. A memory, at the most fundamental physiological level, is a pattern of connections between those neurons. Every sensation that we remember, every thought that we think, transforms our brains by altering the connections within that vast network. By the time you get to the end of this sentence, your brain will have physically changed."
It's pretty incredible to think how rapidly our brains are changing. Furthermore, even though the medical field is constantly trying to keep up, it’s still the case that no one has ever actually seen a memory in the human brain.

Joshua goes on to say "The non-linear associative nature of our brains makes it impossible for us to consciously search our memories in an orderly way." This often means that memories only come back into consciousness once cued by another thought or perception. When a memory goes missing, it can be incredibly frustrating. If only we could walk over to our internal memory bookshelf and pull one out that we’ve filed under a particular genre.
That would be quite powerful.
Joshua meets Tony Buzan at one point in the book. He’s the leader of a memory training program, who claims to have the highest “creative quotient” in the world. Buzan, the founder of the World Memory Championships, refers to the brain as a muscle, and states that training is a form of mental workout.
This isn’t the first time I’ve heard the brain referred to as a muscle, but it fascinates me in the same way, as if hearing it the first time, every time that I hear it. I love thinking that we can train our brains to do more and become more capable. Our brains, much like the rest of our anatomy, are highly adaptable.

I’m always trying to train and expand my brain’s capacity. Right now, I'm investing a lot of time in increasing my reading speed, without decreasing my comprehension. I’m doing this by using a technology called Rapid Serial Visualization Presentation (RSVP), in which individual words, or blocks of two or three, appear one after the other at the centre of the screen. The speed at which they appear can be increased over time. I’m doing this with some e-books and online news articles and have worked up from 250 to 500 words per minute (wpm). Anything over that and I start to lose comprehension, or I forget what I’ve just read so that’s when I know it’s time to slow it down. I'm also working to decrease subvocalization (internal speech when reading, which actually slows cognition).
A quick glance at my GoodReads account tells me that I’ve read 170 books this year, with a total of 44,753 pages. Let’s say that a novel has 200 (lower end) words per page, then that would be a total of 8,950,600 words. Holy guacamole.

Bear in mind that’s a complete estimate. And it doesn't include emails, texts, news articles, advertisements, and the many other things I’ve consumed this year.
How many of those words do you think I can recall from memory?
I wonder how many Ben Pridmore could recall.
I found Moonwalking with Einstein absolutely fascinating. It not only gives a comprehensive history of memory, but it also tells stories of how others have preserved and expanded their own memories. I learned a lot from this book, such as how humans can only think about 7 things (give or take one or two things) at any one time, even though I feel like at times my brain is thinking about 700 things.
I learned about declarative (things you are aware of and remember) and nondeclarative (things you know subconsciously) memories, which was incredibly interesting.
Deeply thought-provoking, this is a book on memory that I was scared I’d forget if I didn’t get this review written quick enough. Seriously, though. 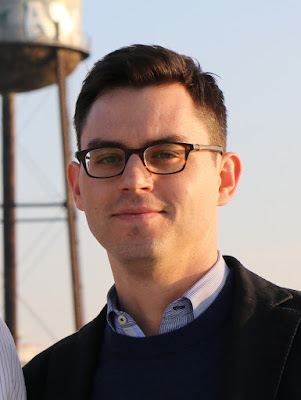 Joshua Foer was born in Washington, DC in 1982 and lives in Brookline, MA. His writing has appeared in The New Yorker, National Geographic, Esquire, Slate, Outside, the New York Times, and other publications. Moonwalking with Einstein, an international bestseller published in 34 languages, is his first book.

Moonwalking with Einstein is available to buy at Indigo and on Kobo. Check GoodReads for additional retailers.