Skip to main content
Labels
Posted by Sean Loughran May 19, 2021

"I'd made a reckless decision, but I was encouraged by reports that Sir Alan Turing, war hero and presiding genius of the digital age, had taken delivery of the same model."

His hand trembles as he writes the cheque. He's never written one with this many zeros before, and he still isn't really convinced this is a smart purchase.

He takes a deep breath. Tells himself he can afford it. Mum's just died, and he's sold the family home. He's wanted one for a while. Read up on them as "The most advanced learning machines in the world, years ahead of anything on the market." With only 25 of them out there, a mixture of men and women.

While contemplating whether to purchase Adam or not, he overhears Prime Minister Thatcher on the nearby TV, "I usually make up my mind about a man in ten seconds, and I very rarely change it."

Good advice, he thinks as he tunes her out, then reminds himself that his hero Alan Turing has the same model.

And with that, the deal is done. Before he knows it, he's handed over the cheque, ink barely dry, and he's hauling a 170lb cardboard box out of the store, and into his rental van. 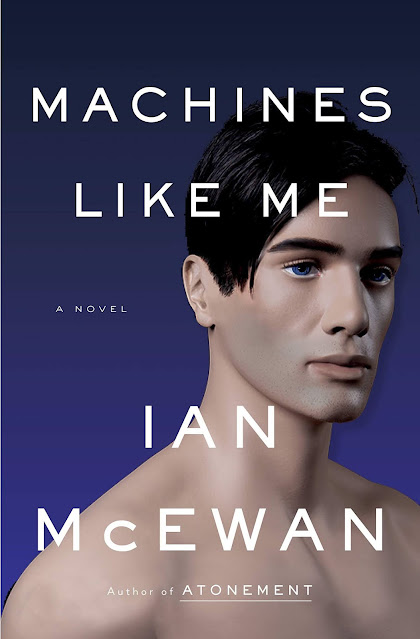 Charlie arrives home to his unpleasant flat in North Clapham and carries his new robotic companion Adam upstairs on the provided stretcher. He calls on his neighbour/lover Miranda, who lives upstairs, to come give him a hand.

Together, they carefully open the box and lift off the layered polystyrene to reveal Adam's naked body. They're surprised to see that he's well-endowed, with the physical features of a personal trainer. Glancing at the 470-page online handbook that he's arrived with, Charlie sees that Adam requires 16 hours of charging.

A short while later, with Charlie growing more and more irritated and impatient, he sits at the kitchen table for a grilled cheese sandwich. It was then that he glanced up, looking at Adam, that he saw some movement. The eyes still appeared lifeless, but the chest was expanding and contracting appropriately. Adam was starting to take on some form of life with the charge, this gorgeous surge of electric pumping through his inner wiring. 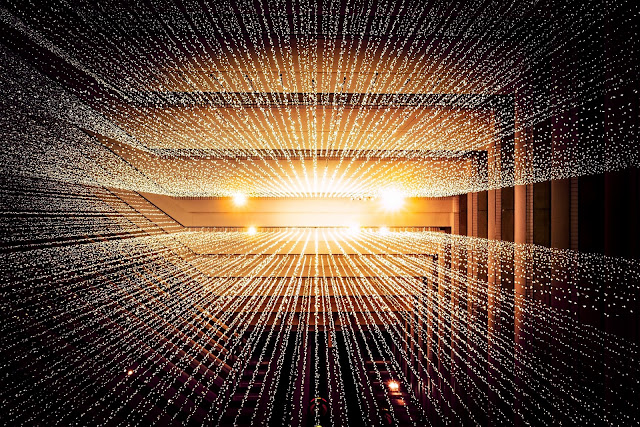 Now with some charge in him, all that was left to do was select Adam's personality traits, which was Charlie's decision. It was up to him how he wanted Adam to be. Charlie decided he wanted to split the personality traits with Miranda, to create a love child of sorts, with neither knowing the choices the other had chosen.

Time passed by and Adam settled into life with Charlie and Miranda, slotting in comfortably as a third wheel, joining them for meals and washing up after them as they retreated to the bedroom for some post-dinner lovemaking.

It wasn't until one night when Charlie was preparing dinner for Miranda. I imagine the radio could be heard in the background, 6o'clock news talking about Mrs Thatcher's unpopularity, inflation, rising unemployment rates, increased homelessness... It soon changed to news of the Beatles' regrouping and their new album Love and Lemons, being critiqued by The Times who said that "Love is not all we need."

With Miranda arriving at any moment, and Adam still lacking much of his personality, he mentioned to Charlie, "I understand you're cooking for your friend upstairs. Miranda. According to my researches these past few seconds, and to my analysis you should be careful of trusting her completely."

When asked to explain himself, Adam responds, "There's a possibility she's a liar, a systemic, malicious liar."

I had never heard of, or read any of Ian McEwan's work before. I had however passed by this book at Indigo many times, intrigued by the cover. It was recently that I read Kazuo Ishiguro's Klara and the Sun and then re-read the synopsis of Machines Like Me, and saw a similarity between the two. Having loved Klara, I thought I would like this book as well.

McEwan's descriptions throughout Machines Like Me are tremendously detailed, his prose incredibly imaginative. I couldn't put this book down.

My absolute favourite part of this book was the imagining that Alan Turning is still alive and contributing his wealth of knowledge and intelligence to the world. I found myself asking "what if?" for most of the book. How wonderful if we still had access to Turing's incredible mind. In Machines Like Me, Turing is living a different life than the one that ended 30 at least years too early.

For those who don't know, Alan Turing was an English mathematician, scientist, philosopher, cryptanalyst, and biologist. He is well known for leading Hut 8 at Bletchley Park, Britain's codebreaking centre during WWII. Here is where the work of his team in 1941 has been estimated to have saved over 14 million lives and shorten the war by more than 2 years.

Turing entered into a relationship with a male in 1952, which was a criminal offence in the United Kingdom. He entered a plea of guilty and was given two choices; imprisonment or probation. The probation would be conditional on his agreement to undergo hormonal physical changes designed to reduce libido, in the form of injections, called stillboestrol, a synthetic oestrogen. His conviction led to the removal of his security clearance, he was denied entry into the United States, and he was prevented by the Official Secrets Act from discussing his war work. On June 8th 1954, Turing's housekeeper found him dead at the age of 41, with cyanide poisoning as the cause of death.

In Machines Like Me, an alternate world, Turing enters a plea of guilty, decides not to take the oestrogen, and ends up at Wandsworth for one year then gets back to work and his friends, who never let him down. In the book, he's 70 years old, living openly with his male partner, still incredibly talented and still driving the world forward.

“I propose to consider the question, 'Can machines think?” — Alan Turing

Machines Like Me is available at Indigo and on Kobo. Check Penguin Random House Canada for a list of other retailers.