Skip to main content
Labels
Posted by Sean Loughran May 06, 2021

"The beginning of anorexia is like heroin before it wrecks you. It's a sensation akin to bliss. But the rest of anorexia is like heroin, too, in that it's a downward trajectory, and I want to shut myself in the bathroom with the fifteen-year old me and warn her of the peril: organ failure, cognitive impairment, the highest mortality rate of any psychiatric illness - is anything I'm saying getting through? I want to tell her that if she escapes that jeopardy and finds a way to be, say, a "high functioning anorexic", she will lose and waste so much. I am her living proof."

For almost thirty years, Susan Burton hid her obsession with food and the secret life of compulsive eating and starving that dominated her adolescence.

When she was thirteen, her stable life in suburban Michigan was turned upside down by her parents’ abrupt divorce, and she moved to Colorado with her mother and sister. She seized on this move west as an adventure and an opportunity to reinvent herself from middle-school nerd to popular teenage girl. But in the fallout from her parents’ breakup, an inherited fixation on thinness went from “peculiarity to pathology.”

Susan entered into a painful cycle of anorexia and binge-eating that formed a subterranean layer to her sunny life. She went from success to success—she went to Yale, scored a dream job at a magazine right out of college, and married her college boyfriend. But in college the compulsive eating got worse—she’d binge, swear it would be the last time, and then, hours later, do it again—and after she graduated she descended into anorexia, her attempt to “quit food.”

Binge-eating is more prevalent than anorexia or bulimia, but there is less research and little storytelling to help us understand it. 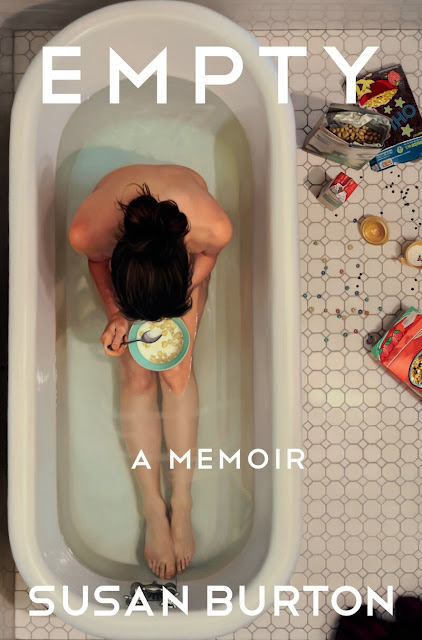 I'm so glad I discovered Susan Burton's memoir, it was courageous, well-written, and I was captivated by it.

In Empty, Burton talks of her upbringing in a family in which there was some dysfunction and addiction present, which may have contributed to her eating disorders. Her father had an unstable mood, and her mother had her own body image issues and unhealthy drinking habits.

After Susan's parents divorced, she moved west to Boulder with her mother and ended up at public school, ecstatic that she could be like one of the girls who graced the cover of Seventeen magazine.

Just before the move, she had lost a few pounds, and stated that she had achieved "the exact sensations [she] craved: light, relieved, unburdened. It had never before occurred to me that I could achieve this state with an alteration to my body."

Susan talks about how weighing had always just been a check-in for her but later on it had become a gratifying experience. She began to stay on the scale for an extra second, stating "It hadn't occurred to me I could get into this range before."

As readers, we can see some of the pre-determining factors of eating disorders and how easy it is to fall prey to the addictive behaviours.

Right before her senior year, Susan got a job at Alfalfa's, an organic food store that smelled like wheatgrass and vitamins. She admits that working there was perhaps inevitable since she was obsessed with food and her job fed the obsession. It's not uncommon for individuals with eating disorders to have a fixation on food since the body is often so deprived of essential nutrients and the brain is essentially hardwired to do whatever it can to get food.

I found it interesting, and also challenging, to read (and listen) to Burton talk about her binging episodes, which she was actively doing back in the 80s, when it wasn't listed in the DSM (Diagnostic and Statistical Manual of Mental Disorders), therefore it wasn't something someone could be diagnosed with and treated for. It wasn't until 2013 that it was recognized by the medical world and is now the most commonly diagnosed eating disorder.

Her binging was something that held a tremendous amount of shame.

Years would pass before Susan realized that her eating disorders had not only delayed her in life, they had also defined her. In her thirties, she was asked to provide an essay for an anorexia anthology, she said "Sure, I'd love to."

Her anorexia had been no secret, people had seen it. However, she felt she couldn't tell that story without telling the story about her binging, something she had locked away, and couldn't face.

Susan came out and told her story at thirty-six, including talking about the binging for the first time. She got a job, watched her mother get sober, watched her father get stable, got married, and had kids.

To conclude, this book was incredible, and I'm grateful to Susan for sharing her story so courageously. Her strength to share is an inspiration to me.

I listened to both the audiobook and read the e-book. The audiobook accompanied me on my daily walks, and the e-book joined me for my evening baths at home. It was nice to hear Susan's voice as she told her story. Her writing is brilliant, captivating, and articulate.

Susan Burton is a well known editor and writer. You can see view her writing work in Slate, Mother Jones, New York, The New York Times, and Harper's where she's the former Editor. Her radio documentaries have won multiple awards, including an Overseas Press Club citation. Susan graduated from Yale in 1995, and now lives in Brooklyn with her husband and their two sons.

Empty is available in hardcover at Indigo or on Kobo. For other retailers, check out GoodReads.

IN OTHER NEWS, IT'S INTERNATIONAL NO DIET DAY

I'd like to take a moment to honour International No Diet Day which is today. It was started by Mary Evans Young in 1992, after her personal battle with anorexia. While in recovery, Young worked to help others appreciate themselves for what they are, and to appreciate the body they have.
Diet culture is all around us in the form of advertisements in magazines and social media, and the pressure to attain a certain body type is stronger than ever right now.
I wanted to recommend some anti-diet culture books that I've found helpful. I haven't read the entirety of all of these books.
I have read the entire F*ck It Diet (read my review here), and Sick Enough. For the others, I've taken bits and pieces, snippets of these that I've found inspiring in my own recovery journey, so I've included them here as well:
The Let Us Eat Cake is also an incredible resource that I've found extremely helpful throughout my recovery journey. 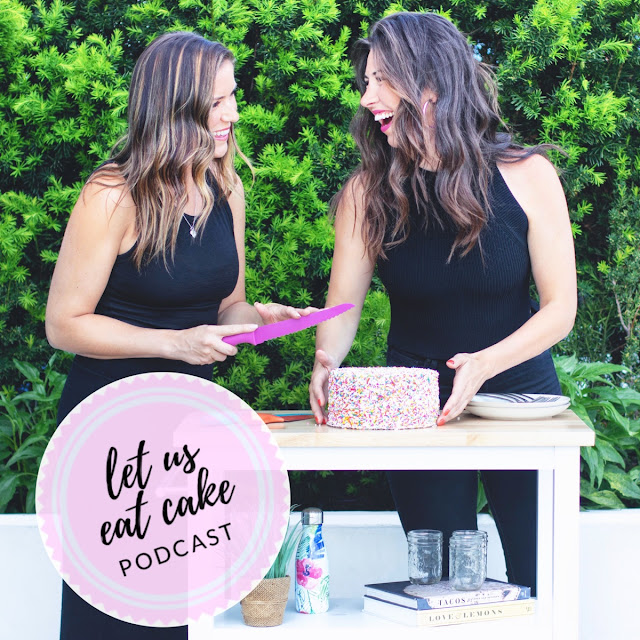