“The fundamental Massoud mission never wavered: go to school, work hard, get a good job. Simple as that. However, my fascination with cooking was sparked at a young age after I learned that basic ingredients could be transformed into a finished product that people would enjoy eating. The first thing I made was a humble Rice Krispies square, compliments of the recipe on the back of the box.” — Shahir Massoud

Dedicated to his mom and dad, Shahir Massoud's new cookbook, Eat, Habibi, Eat! contains one hundred recipes to celebrate the bold flavours, bright colours, and fresh tastes of the Middle East. It's Shahir's parents who told him that to drop everything to go to culinary school was reckless, ill-timed, and quite frankly...stupid!

But more importantly, they also told him that they'd love and support him anyway.

In Arabic, "habibi" translates to "my darling," and it is this loving endearment, reserved for the closest friends and family, that permeates every recipe that Canadian-Egyptian chef and television host Shahir Massoud has to offer. 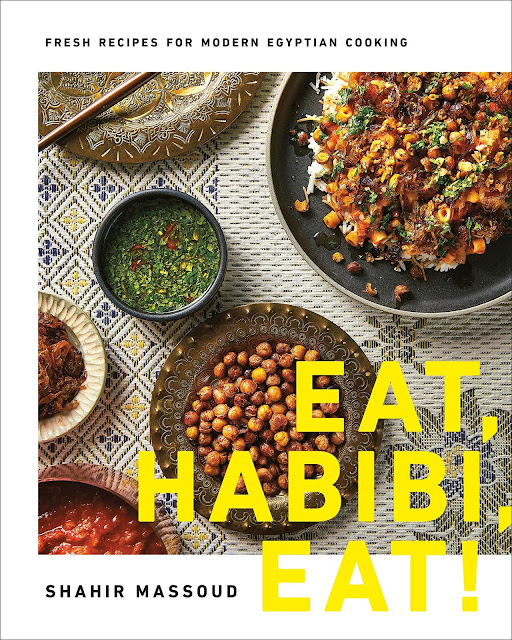 Massoud's must-have cookbook has all the essential ingredients for gorgeous Middle Eastern food, like how to stock your pantry, tools of the trade, and key kitchen tips, which for people like me, who love the cuisine, but are clueless when it comes to preparing it, is just perfect!

Shahir shares recipes for mouthwatering street foods and casual everyday staples, as well as new interpretations of traditional dishes, Eat, Habibi, Eat! encourages you to explore the rich spices and irresistible dishes of the Middle East at home.

And Shahir's personal stories, all told in his warm and playful voice, are just as captivating as his food (you'll burst out laughing at his mother's insistence that the Egyptian people would never forgive him if he altered the definitive recipe for ful mudammas). 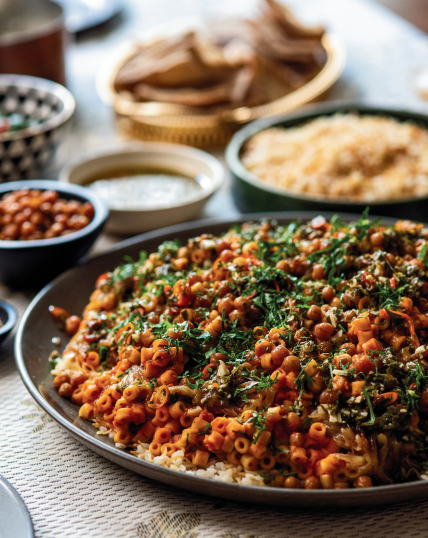 Combining his family's heritage meals with his French and Italian chef training, Shahir teaches you how to build the ultimate Egyptian pantry using some special food items, but mostly ingredients that can be found at your local grocery store. From there, you'll dive in to the over 100 mouthwatering recipes for every meal and time of day.

From classic mainstays like Shakshuka, Shawarma and Fattoush Salad, to modern plates like Chickpea Fries with Harissa Mayo and Coffee and Coriander Beef Ribs with Pomegranate BBQ Sauce, Eat, Habibi, Eat! is a feast for the eyes and the taste buds. Whether you already love Middle Eastern cuisine or have never heard of sumac before, Shahir's sumptuous book will inspire you to try something new in the kitchen and have fun doing it. 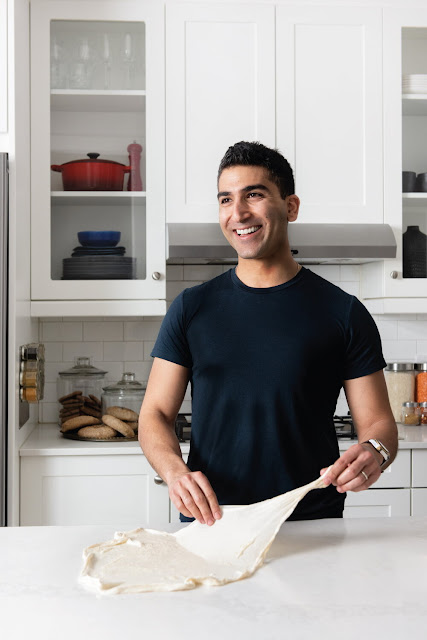 Shahir Massoud is best known as the former host of CBC's The Goods, Man of the Kitchen, and Around the World in 8 Meals. He is a frequent guest on The Marilyn Denis Show, and has appeared on Cityline, Breakfast Television, Your Morning, and the CW network. He is also a spokesperson for the Butterball brand. Shahir is a graduate of the Schulich School of Business at York University in Toronto, and the French Culinary Institute in New York.