Skip to main content
Labels
Posted by Sean Loughran May 17, 2021

“You realize we’re sitting in a major moment. Like we’re gonna be able to tell our kids we lived through this!” Kareem says. 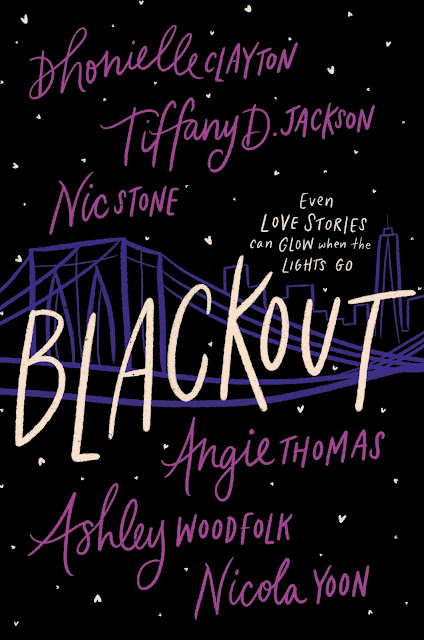 On a hot summer's night in 1977, New York City descended into darkness, left without power for over 25 hours. A defining event, costing the city more than $300 million.
In Blackout, the year is unknown, but having cell phones with technology like ride-share apps and social media, I'm imagining we're in the present day, almost a quarter into the 21st century.
A book about love, diversity, togetherness, and compassion, Blackout shares the stories of 12 individuals who find themselves in the so-called city that never sleeps, one that's decided it's time for a nap, turning the lights out, and plummeting into darkness.
We meet a pair of best friends, their love for each other draws them closer, but the fear they feel stops them from taking it further.
"Could you ever love me the way you love them?" He asks her in a blacked out library among the books, thousands of years old as they roam, unattended to, illegally.
Almost as if the question itself was illegal, "I'm scared" she replies.
Later, we meet Grace and Seymour who happen upon each other by chance. They sing ABBA together. Even in the Blackout, between them, they created a spark, a light, a brightness.

Blackout is the work of six award-winning and critically acclaimed authors. Six incredibly talented women, with a total of 39 books among them. I imagine this book project going something like this...
Dhonielle Clayton, Tiffany D. Jackson and Ashley Woodfolk working from their homes in New York City, while Nic Stone participates from eight hundred miles away in Atlanta. Then there's Angie Thomas, down in Jackson, Mississippi. Nicola Yoon catches the remaining three hours of the day on the West Coast in Los Angeles where she lives with her husband and their daughter.
It can't be easy writing a collaborative book during a pandemic, but reading through the websites and social media profiles of these inspiring ladies and seeing the enormous achievements, successes, and reviews - I mean how many bestselling books, and Netflix inspired TV series and book to film adaptations can one have?
I'm in awe, inspired, and truly energized by these incredible young leaders in the literary world. 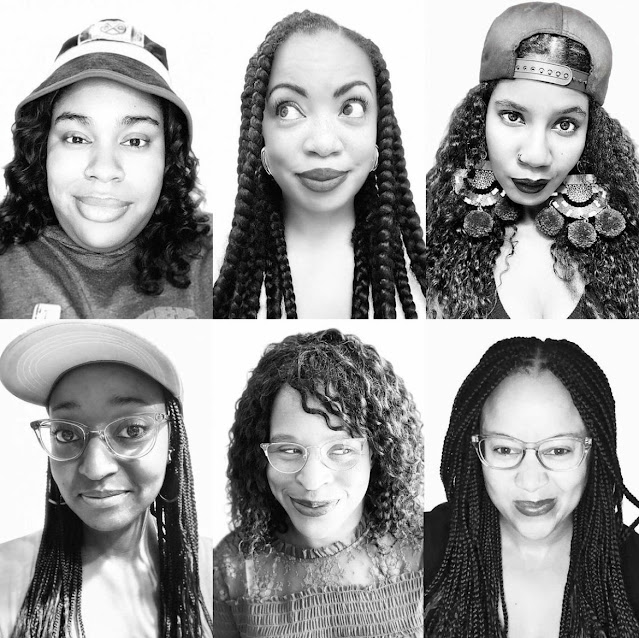 To conclude, Blackout is a story about love, chance encounters, acceptance for who and what we are, being comfortable in our own skin and bodies. The stories in this book are inclusive, relatable to those who identify as heterosexual, LGBTQ, and non-binary. I appreciated this attention to detail, and I'm impressed by the openness, since surprisingly many of the books I read and review these days still focus so much on the heteronormativity, assuming that relations are most fitting between people of the opposite sex.
There's a hidden message within each short story. One about love, about acceptance, finding oneself, exploration, spontaneity, adventuring to pastures unknown, and caring and compassion in times of need.
We never quite know the situations we'll find ourselves in, the people we'll be surrounded by when unexpected circumstances strike. Quite like being stuck in an elevator with a group of strangers and no escape. What do we do? We adapt.
Similar to the COVID-19 pandemic, in which we are apart, but also together. People we once considered ourselves far from, we now hold them closer. Blackout is seeing light, even in the darkness.
Available for pre-order at Indigo and on Kobo. Check HarperCollins Canada for updates and information on other retailers, Blackout is hitting shelves 22nd June.
#FrenzyFaves
Labels: contemporary fiction harper collins romance YA fiction
Location: Vancouver, BC, Canada

In Conversation With Sheila Yasmin Marikar

In Conversation With Laura Boyle