Skip to main content
Labels
Posted by Sean Loughran May 23, 2021

A Table in Paris by John Donohue

“If you are lucky enough to have lived in Paris as a young man, then wherever you go for the rest of your life, it stays with you, for Paris is a moveable feast.” — Ernest Hemingway, A Moveable Feast

When I think of Paris, I think about the delicious cuisine, one of a kind boutiques, gorgeous architecture, and fresh markets. I think of the chic French women dressed head to toe in black, chain-smoking in front of cafés, I think of the non-stop rain pouring down romantically atop the awnings on Boulevard Saint Germain, and I think of opening my window in the mornings and the aroma of butter wafting up and in from the boulangeries down below.

In his new book, John Donohue takes readers on a journey through his Paris. And while we may not be able to leave the confines of our homes right now, we can, and most certainly must, still dream. 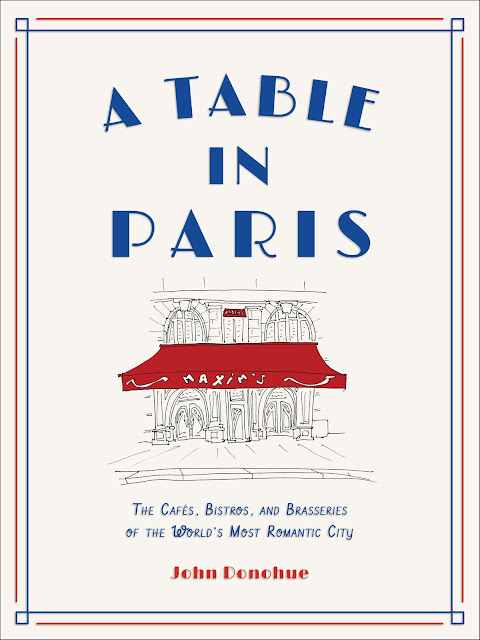 A city like no other, Paris is rich with history, culture, and flavour. This sweet little book, A Table in Paris, offers guided recommendations from a breadth of locals, visitors, and experts. The book also offers space for you to add your own Paris dining bucket list, food memories or dreams from each of the twenty arrondissements, and notes on the establishments featured.

It's important to note that this is not just a book of restaurant recommendations and spaces for notes though, there's also some good information packed in here when it comes time to head out for your first bite to eat in the City of Love.

As the book states, you can get by on little to no French. It's fun to try though, and there are some pointers included in the book.

A Table in Paris also discusses the different types of restaurants which is really helpful. For example, a bistro, is a small and casual place. You night know that, but could you tell me what a Caves à manger is? I'm going to guess you can't, but John's new book will tell you!

With A Table in Paris, John has thoughtfully added details to each suggestion including things like the year the restaurant opened, the best thing to have there, where he heard about it, price point, etc. Mostly just casual information, but things that are good to know. And probably things that will impress your friends if you take them there, and you're like "hey, I know this place, it's owned by Monsieur Croissant, and they serve the best blah blah in Paris…" You get it!

All in all, this is a fabulous little book. Reading through it has me itching for a trip to Paris so I can visit some of my favourite restaurants, which John already mentioned: Angelina, Maxim's, Chez Omar, L'as Du Fallafal, and Les Deux Magots, to name a few.

Oh, what I'd do for a warm goats cheese salad right now! 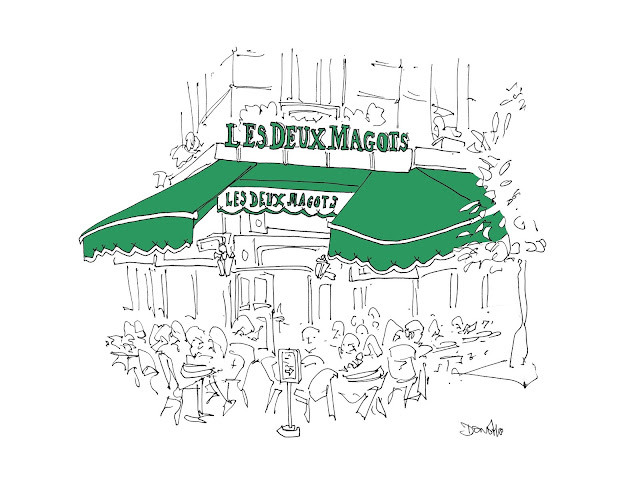 John Donohue is an artist and writer who lives in New York. His articles and cartoons have appeared in The New Yorker, the New York Times, Barron’s, and other publications. He’s the author of All the Restaurants in New York and the editor of Man With a Pan: Culinary Adventures of Fathers Who Cook For their Families, a bestselling anthology featuring contributions from Mark Bittman, Mark Kurlansky, Stephen King, and many others.

A Table in Paris is available at Indigo and on Kobo. Check Abrams for a list of other retailers.