Dog Days by Ericka Waller is a book about dogs and their humans.

As a dog owner, I know first hand the incredible impact that a little four legged pup can have on an individual's life. I'd just discharged from hospital after 3 months, and moved across the world 3 times in the span of 6 months. During that time I also moved back with my parents, then moved out again. Life felt completely chaotic, manic, I didn't know if I was coming or going, and it was a distressing time to say the least.

At the end of the 6 months, Charlie and I took an Uber to YVR airport and picked up a tiny brown ball of fluff, a shih tzu poodle who arrived via cargo. We named him Tanto, he's been in our life for over a year now, and nothing has been the same since. 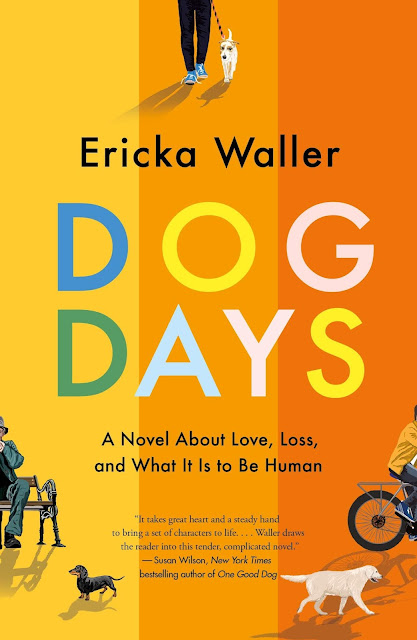 As a dog owner and lover, I really related to Ericka's words, and loved all the wonderful scenes at the dog park that she so vividly describes.
This book is based around 3 characters, George, Dan and Lizzie, each with a dog in their life and each going through their own personal struggle.
The first character we meet is grumpy, old, rude, depressed George. He's just lost his wife Ellen and has been grieving for eight days when we meet him. He hasn't washed and has locked the dog, Poppy, the one his wife Ellen left him with, in the laundry room where she pees and poops wherever she pleases.
He's really let himself go. Ellen used to take care of his every need, and now without her, he doesn't know what to do. He searches the house for canned foods, beer, whatever he can find to sustain himself. He doesn't care much though, since giving up seems easier now that his Ellen isn't around.
George reminds me of Fredrik Backman's Ove, from A Man Called Ove, which is why I found myself drawn to him. I loved that novel. 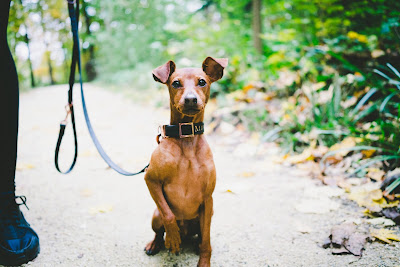 Dan is the second character we meet. Dan has an awesome Labrador called Fitz, a perfect companion who seems to help with his OCD which shows up in the form of counting, perfectionism, and hygiene.
Dan's anxiety, OCD, and ritualistic behaviours are soothed by thinking of Fitz. He imagines taking Fitz for walks in moments of distress, thinks of returning home to his buddy when times are tough.
According to HelpGuide.org, cats and dogs can reduce stress and anxiety. They can elevate levels of serotonin and dopamine, which calm and relax. Also, because pets tend to live in the moment (a quality we humans wish to achieve), they don't worry about what happened yesterday, or what might happen tomorrow, they can help you become more mindful and appreciate the joy of the present moment. 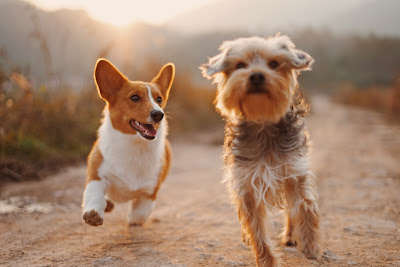 Lastly we meet Lizzie who has recently moved to a new place with her seven-year-old son. She shares the place with a dog named Maud, who she agrees to walk while she lives there. Untrusting of dogs, she doesn't feel comfortable with the task at first but agrees to do it.
"There's no dignity in Maud" she says. That's something I love about dogs. They're carefree, they don't care about dignity, or about who's watching. As humans, we feel we must maintain some form of dignity to uphold the standards set for us by society.
Dogs are who they are, they do as they please. They're caring, compassionate, non-judgmental, and adaptable. All the while, they don't mind digging up holes, drooling all over themselves, getting wet and messy. They don't even think of dignity, they just want to have fun, all the time.
While out for a walk with Maud, she meets a guy who asks her the name of her dog. This is common for dog owners, connecting with other humans while out with our greatest companions. I know my neighbours only by the names of their dogs. Strangers stop me in the street, we talk like old friends while our dogs sniff each others noses and butts. Dogs remove an otherwise invisible wall that would exist there before, making those connections possible. 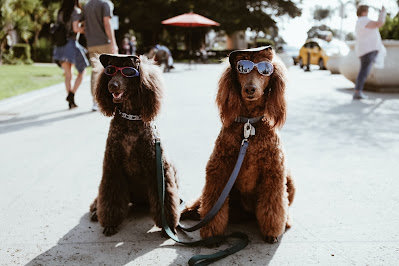 At times while reading Dog Days I was reminded of all the times that Tanto comforts me in a day. He comforts me when I can't sleep, during appointments with healthcare professionals, therapy, and psychiatry appointments. He comforts me most at the dinner table, when he claws at my crossed legs. I lift him onto my lap where he curls into a ball in the space between my legs. He fits perfectly there, his tiny heart beating on my Achilles tendon, a life force, a reminder to finish my meal, a reminder to get through it so I can take him out for a walk after, and wake up with him for another day together tomorrow.
Dan treats his own dog like his therapist and I notice myself doing the same with Tanto, sometimes finding him the only nonjudgmental ear I can count on, a confidentiality I know will never be broken. I've held him and cried many times, the greatest therapist I've ever had.
We choose them, but sometimes it can feel like they choose us. We are their person, they are our caretakers, no matter what. They love us unconditionally. We don't need to be anyone else except our true, authentic selves. 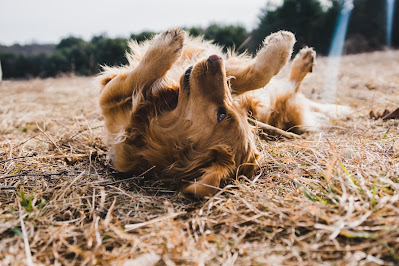 All the characters in Ericka Waller's Dog Days are connected in some way or another, meeting each other through the course of the book. It's such a well-thought-out story that the events read like nonfiction.
I could imagine my own dog running around the Beacon with Poppy, Maud, Fitz, and of course Lucky, in her ridiculous knitted sweaters (except, unlike Betty, I knit lovely sweaters for Tanto).
I love reading stories about animals and their owners. The connection between an animal and its owner is a relationship unlike any other, whether that's a dog, cat, horse, bird, or whatever you bond with. I believe each one to be unique and special. We communicate with animals differently than we communicate with humans.
This book was a beautiful and lighthearted read. I finished it in two days. 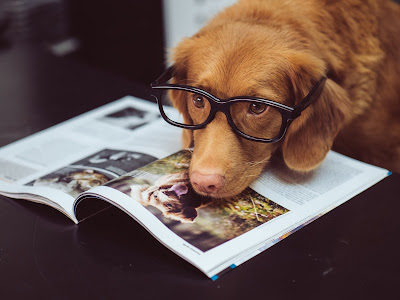 Finally, Dog Days reminded me of the power that dogs have in bringing different kinds of people together, people from all kinds of backgrounds that would otherwise never meet. It's pretty cool to think about. We relate to others through our dogs. When I'm with someone and feel the conversation running cold, I automatically bring up dogs and suddenly the conversation is thriving again.
I could talk about dogs from morning til night. Hearing others talk about theirs soothes me, calms me. Talking about my own always brings a smile to my face, from ear to ear.
The power of a little four legged mammal, who would have thought? Unbelievable.

Dog Days is available for pre-order at Indigo for release on May 17th. For other booksellers, check out GoodReads.