In conversation with Courtney Summers

Canadian writer Courtney Summers is the bestselling and critically acclaimed author of several novels for young adults, including Cracked Up to Be, All the Rage, and Sadie.

Her work has been released to multiple starred reviews, received numerous awards and honours—and has been recognized by many 'Best Of' and Readers' Choice lists.

Summers' forthcoming novel, I'm the Girl, is a groundbreaking queer thriller, releasing in September this year. The book has already received glowing advanced praise from author Paula McLain, who stated that it was “Taut, unfiltered and unapologetically emotional, I’m the Girl digs in its nails and doesn’t let go.”

Courtney is joining me on AD's In Conversation With this morning to talk about her upcoming release, the remarkable cover design by Wednesday Books Art Director Kerri Resnick, and how she feels about negative reviews.

Thanks for chatting with me today, Courtney. Your award-winning novel, Sadie, released in 2018, was a New York Times bestseller and received six starred reviews. That’s an incredible accomplishment. How did your life change after that?

Thank you for having me! Sadie had a beautiful campaign and the reception was beyond anything I could have hoped. One of its more quantifiable impacts was that my work is more widely known now. I’m grateful to have had that experience and I wouldn't change it for the world.

In so far as how it changed my life, it was very disorienting to be introduced to so many readers in the middle of my career—I’d been writing for ten years at that point—because you find your author brand is suddenly both in and out of context at the same time. You have to figure out ways to bridge those gaps. But for the most part, things are relatively the same. I believe I’m only as good as my next book, so I'm always chasing my best every time I get to work. 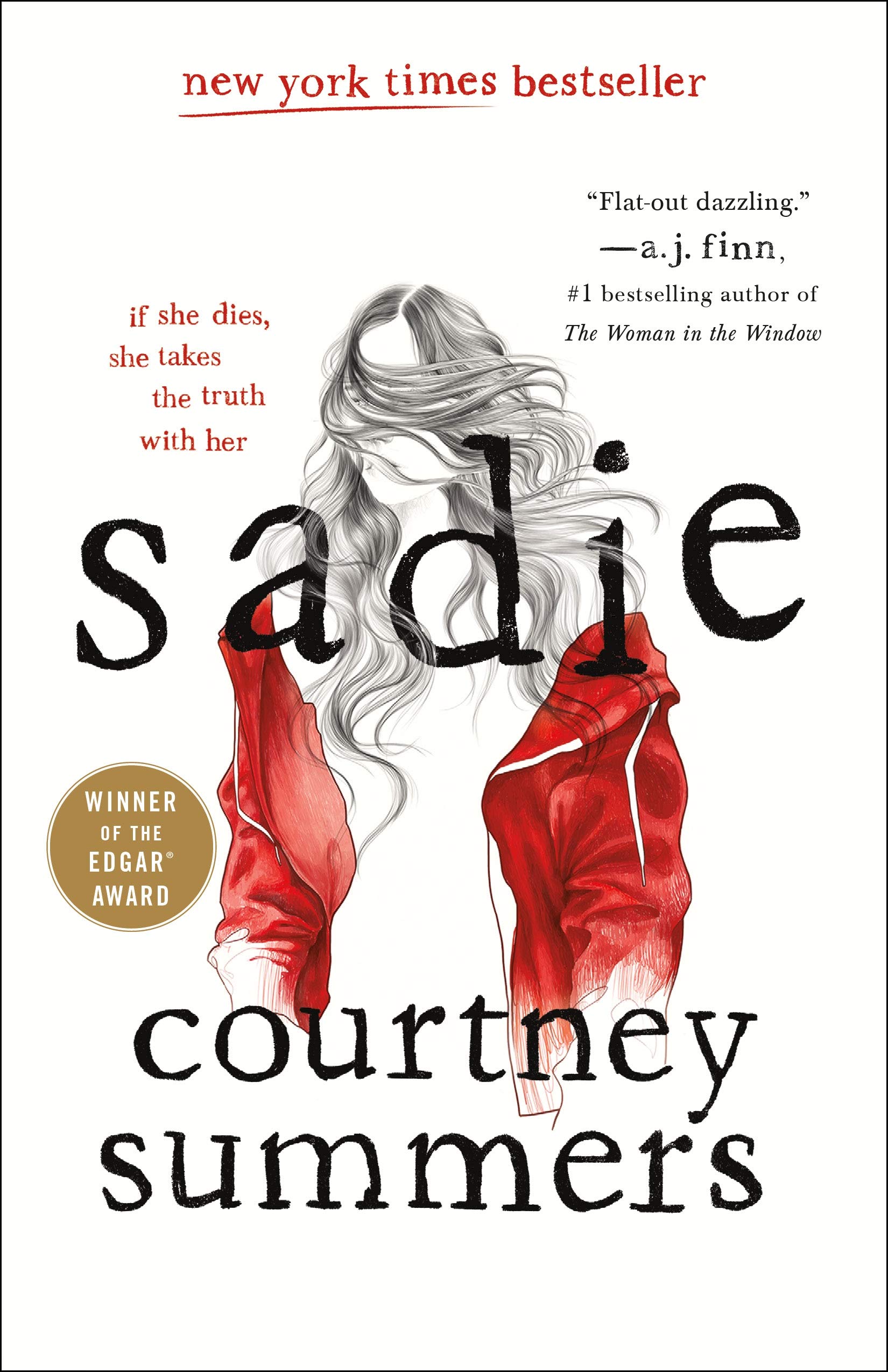 I’m on the edge of my seat waiting for the release of your forthcoming thriller, I’m The Girl, hitting shelves in September. The novel centres on sixteen-year-old Georgia Avis, who discovers a dead body that throws her into an unimaginable world of privilege and wealth. Fans have been treated to some excerpts on your Substack page.

Tell me about the inspiration behind the novel and protagonist Georgia.

I’m the Girl is loosely inspired by the Epstein case, and it’s a novel that explores themes of sexual violence, false empowerment and weaponized consent through the eyes of a very young, queer girl named Georgia Avis.

One of the central questions the book poses is, “What does it mean to be the patriarchy’s dream?” Georgia feels rewarded by it. She’s treated as an object of desire and is told this makes her powerful over men, which makes her believe she has control over the dangerous situations she finds herself in. Of course, she doesn’t.

The novel really seeks to unpack the far-reaching consequences of a culture that enables predators to thrive. I think it's important to shine a light on the brutal realities young women face, and the darkest parts of human nature in hopes it will encourage us to be our better selves.

The stunning cover was designed by Art Director of Wednesday Books, Kerri Resnick and illustrated by Kemi Mai. What was the creative process like?

I’m very lucky to have a designer who is incredibly open to feedback, on top of being immensely talented. Kerri knew it was important to me to have a design that reflected the contents of the book in a very thoughtful, sensitively rendered way.

When she sent me her comps—which are very close to the final version—I was speechless. She totally hit it out of the park. That teardrop is absolutely inspired.

I got to provide references for Kemi, so we could get Georgia’s look just right, and her illustration is as stunning as it is confronting. I think this cover is both heartbreaking and breathtaking and that’s exactly what it needs to be. I love it.

Your books have received favourable reviews, but many authors have to deal with the opposite. How do you deal with negative reviews? Are you active on GoodReads?

I’ve received plenty of negative reviews too! I use my Goodreads profile as a space to update my readers on upcoming releases, but I try not to encroach on their reading experience too much. Once a book is published, it belongs to them.

If they don’t like it, that’s fine. I can’t say certain negative responses have never gotten under my skin, but for the most part, what shields me from them is the knowledge that I love my books. My confidence in my work is not made or broken by readers—but myself. And I never release a book I’m not convinced is the best I could have done at the time.

What are some things you like to do when you’re not writing?

These last couple of years, there’s never been a time I’m not writing, but I try to decompress with video games.

I’m curious, what’s the most memorable lead in a book you’ve read?

I read Kevin Wilson’s Nothing to See Here at the start of the year, and Lillian was one of the most biting and big-hearted narrators I’ve encountered in a long time. It was so funny and so cutting and so good that I find myself thinking of it often. I highly recommend it. I'm the Girl is available for pre-order now wherever books are sold. If you're in Canada, I recommend pre-ordering with Indigo. If you're in the States, check for retailers on MacMillan.