“But that afternoon as I pounded at my keyboard, filled with hope, I was gripped by a newfound belief in destiny. Little in my life was certain, but of this much I was sure: Richard Shriver was my future.”

The year is 2011, and Yes, Daddy opens with: "You asked me to be a witness in the trial. I owed you my life so I said yes. What does one wear to a rape testimony?"

Just three sentences was all it took for me to become completely hooked by this debut novel by Jonathan Parks-Ramage. My head already brimming with questions, I could tell right away that this was going to be an interesting read. 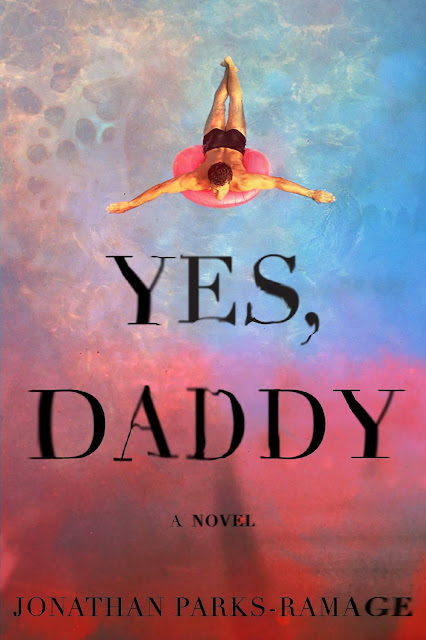 The first page concludes with the words, "believe me," and at that moment I felt my heart fall to the floor of my stomach.

A judge goes on to ask, “So you never watched Richard Shriver or anyone else rape, assault, or abuse anyone.”

I felt like I was in for an electrifying ride at this point.

Yes, Daddy moves back to 2009 after this, when Jonah Keller moved from Lake Buff, Illinois to New York City, where he hoped to make it as a playwright.

Despite being in a city filled with people, our main protagonist is lonely, and Jonathan captures it so well, “I usually made my way to a nearby gay bar, where I knew that at least my body could be exploited for companionship, muscled arms and chiselled stomach exchanged for an hour in someone else’s presence — a whole night if I was lucky. Rarely did my sexual encounters last much longer than that; my lovers always flinched at the subtle desperation that crept into my tone when I asked "if we could hang out again soon” My loneliness was a disease no one wanted to catch.”

It’s the first sign that the New York City lifestyle he had dreamt up wasn’t all he had hoped for. Our boy from Illinois was struggling in the concrete jungle.

Jonathan also managed to capture the essence of an ‘impoverished New York transplant’ with such accuracy, “my Ferragamo loafers scraping the linoleum of the lobby. The shoes had cost me a week’s worth of tips — five hundred fifty dollars — a sum that also happened to be half the rent on Ghost Dick’s crumbling lair, rent that was currently sixteen days late because of my decision to purchase the loafers.”

Rent is late, he’s stopped speaking to his mother. He’s not only lonely, but he’s broke, too.

He’s running out of options.

That all changes when he meets Richard, though.

Bone chilling and completely addictive. Yes, Daddy was an utterly gut-wrenching and devastatingly sickening debut. I felt magnetized the second I started reading. With words that held such power, this was an intense read, and a page turner that I wasn’t able to put down.
I read much of Yes, Daddy with my heart fluttering in my chest, eager to know what happened next for Jonah, the main protagonist. It was both exciting, yet completely nerve wracking.
When I first started this one, I wanted to get to the end before the beginning. I wanted to know Jonah before I even met him. I became completely absorbed by him and his story. Yes, Daddy is spellbinding, its prose captivating and hypnotic. Jonathan kept me right where he wanted me from cover to cover.
I recommend Yes, Daddy to anyone who enjoys a wickedly disturbing thriller, a plot-twister, and anyone with an afternoon with absolutely nothing to do, because you won’t be able to put this one down, not even for a second.

Jonathan Parks-Ramage's writing has been widely published in such outlets as Vice, Slate, Out, W, Atlas Obscura, Broadly, and Elle. He is an alumnus of the Bread Loaf Writers’ Conference. Parks-Ramage lives in Los Angeles with his partner, Ryan O’Connell. Yes, Daddy is his debut novel.

Yes, Daddy is available to buy at Indigo and on Kobo. Check GoodReads for additional retailers.

Thank you to HMH and NetGalley for the Advanced Reader Copy.